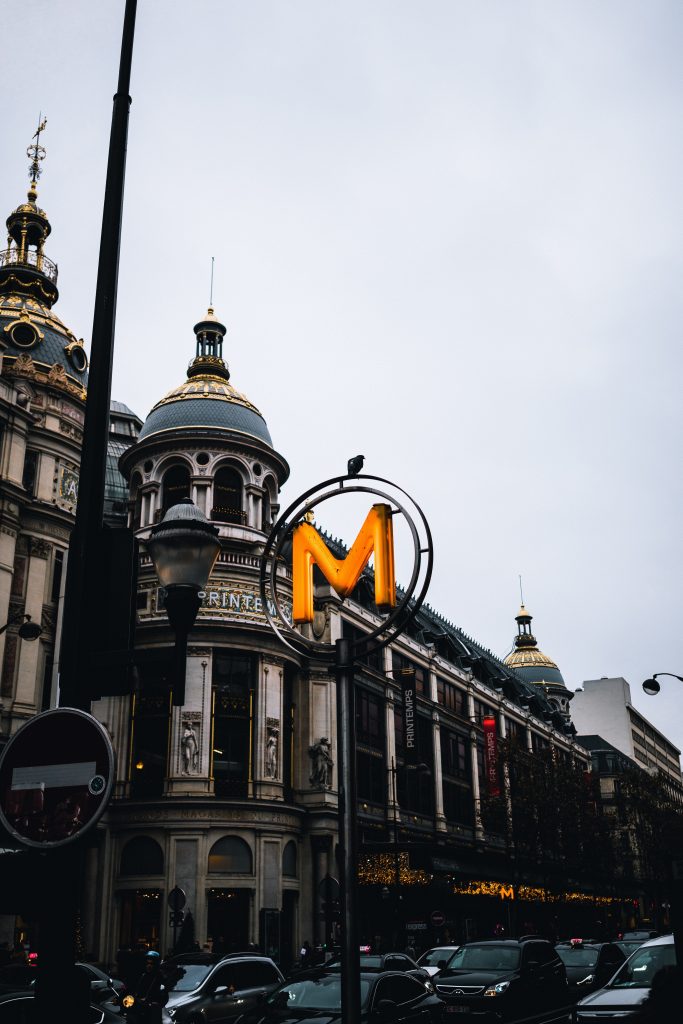 It’s been another busy month and the days seem to be flying by, I genuinely can’t believe that it’s September tomorrow.

This last month saw me join the rest of the team back in the office, it was great to see everyone and our strategy day saw us focus on the ‘Client Experience’.

We are always looking for improvements and it’s our aim to be able to understand and predict client objectives and we do this by questioning and understanding and of course building trusted relationships.  As we endeavour to continually improve we welcome feedback from you all.

Other than that not a lot has happened this last month, markets have been volatile but this seems to be the norm!

Stock futures rose slightly in overnight trading on Monday as the S&P 500 looks to wrap up its seventh straight month of gains at a record high.

Zoom shares fell more than 11% in after-hours trading on Monday after the video conferencing software company showed slowing revenue growth in the second quarter. The drop in shares came even as Zoom’s earnings beat estimates and the company raised full-year guidance as the pandemic took a turn for the worse.

Tuesday marks the last trading day of August, and major averages are poised to post solid gains. The S&P 500 is up 3% this month, while the tech-heavy Nasdaq Composite has climbed 4%, on pace to post its third winning month in a row. The blue-chip Dow is up a more modest 1.3%.

The S&P 500 managed to climb up a wall of worry to record highs without even a 5% pullback this year. The broad equity benchmark has rallied more than 20% in 2021 after notching its 53rd record close in Monday’s session.

Stellar corporate earnings have provided valuation support and the basis for stock prices to march higher. With the second-quarter reporting season winding down, the S&P 500 is on track to post an earnings growth rate of 95.4%, which would be the fastest pace since the fourth quarter of 2009.

“We believe we’re still in the early innings of the cycle and that strong economic and earnings growth and relatively low rates through 2022 should support higher equity prices and sustain the bull market,” Wells Fargo strategists said in a note.

Investors are awaiting a key jobs report on Friday ahead of the Labour Day weekend. Economists polled by Dow Jones expect 750,000 jobs were created in August and the unemployment rate fell to 5.2%.

On the political front, the Pentagon said the U.S. has finished its evacuation efforts from Kabul’s airport, effectively ending America’s longest war.

India’s Senses hit a fresh record high at 57,100, while Nifty neared historic levels of 17,000, despite mixed global cues, as IT and  pharma stocks surged.

Chinese and Hong Kong stocks were weaker on Tuesday as Beijing’s crackdown on private industries continued, while Japan’s Nikkei managed some recovery in the later hours.

On Wall Street, Dow Jones declined but S&P 500 and Nasdaq moved to fresh record highs on Monday, led by technology stocks as investors responded positively to the Federal Reserve’s dovish comments on tapering in monetary stimulus and what that might mean for the economic recovery.

The Nasdaq Composite ended 0.9 per cent higher with Apple Inc gaining 3 per cent, an all-time high, while Microsoft Corp, Amazon.com, Google-owner Alphabet Inc rose between 0.9 per cent and 2.5 per cent, helping the tech-heavy index outperform the other two indices.

London Stock Exchange was closed on Monday on the account of a Summer Bank Holiday and if Traders were hoping for a low-key return to work they were disappointed as events over the long weekend triggered some big moves for airlines, energy and banking stocks.

British Airways owner International Airlines Group was the most significant faller, diving 3% in the FTSE 100 index as the travel sector’s recovery hopes were dealt yet another blow by the EU recommending that travel curbs are reimposed on US travellers.

Engine maker Rolls-Royce also paused its recent recovery with a decline of 2.24p to 114.5p, while easyJet and cruise ship operator Carnival were 2% cheaper in the FTSE 250 index.

Banking stocks came under pressure as Friday’s relaxed comments from US Federal Reserve chairman Jerome Powell on the outlook for tapering of economic support did little to boost margin recovery prospects. HSBC was the biggest faller, down 10.75p to 384.2p, as weaker-than-expected factory data from China added to jitters around Asia-facing stocks.

In the energy sector, stocks were priced lower amid the prospect of a prolonged shutdown of Gulf of Mexico processing plants in the wake of Hurricane Ida.

Having rallied sharply last week, Brent crude was 0.6% lower at just below $73 a barrel as traders also factored in Wednesday’s OPEC+ meeting, when ministers may boost production in response to the economic recovery. Royal Dutch Shell fell 13.2p to 1,436p and BP dipped 4.25p to 298.25p.

The FTSE 100 was 9.60 points lower at 7,138.36, with Weir up 3% after the engineer made a last-ditch bid to keep its top flight place before tonight’s cut off for the latest reshuffle.

Spirax-Sarco Engineering continues to consolidate as a blue-chip company, however, after shares rose 1.5% to a new record of 16,350p. They have advanced 45% in the year to date, with demand boosted by its work around vaccine development.

I’ve been busy this month with Megan’s pensions, she has changed employer so I’ve been consolidating her pensions and checking her contribution level to ensure she is saving enough into her pension.

This saw me doing some homework for her and looking at women’s pensions in general and I came across some figures that are shocking if not surprising.

45 years after it became illegal to pay women less than their male counterparts, it’s regarded as a sign of progress-not-perfection that a 15.5% gender pay gap still exists when looking at all employees.

What’s worse is that a recent report found a massive 40.3% gap in pension savings between women and men — that’s an average difference in pension income by gender of about £7,500 a year.

“I think most people will be shocked to find the gap as wide as it is,” says Sue Ferns, senior deputy general secretary of Prospect, who commissioned the report. “We also found that the gap had increased slightly from 39.9% from the previous year. The key message is that there’s a significant difference, and it won’t go away on its own.”

There’s plenty that the government and employers can do, and are doing, to help close the gap. But as the numbers show, it’s not enough — “so with greater campaigning, we want to see more women taking action themselves,” says Ferns.

In a society where women live longer and could possibly face retirement poverty, it’s high time that we all became as familiar with the causes and solutions of the pension gap as much as the pay gap.

I’ve been boring Megan with this information all month, and I wanted to now share it with you.   I’ve grabbed this information from the Aviva website which is source of good intel.  Here’s the lowdown.

The gender pension gap begins with the gender pay gap

Because the amount people save for a pension is usually a percentage of their salary, the 15.5% gender pay gap could immediately mean that, on average, women have less salary to put into their pension — and that’s before aspects like career breaks, caring responsibilities and part-time working are even brought into the equation.

Plus, the lower salary means that it takes women who started university after 2006/2007 an average of five years longer to pay back student debts.  This may mean that women often start saving for their pension later as their salary is going into paying off their student debts for a longer period, whereas men with higher salaries may be able to pay their loans off sooner — leaving them with more salary to add to their pension. So until we see more progress with the pay gap, the pension gap will remain a step behind.

Women need to be more proactive

Part of the gender pension gap is down to the rules around workplace pensions. In these, if you pay in money, your employer has to too. But to be automatically enrolled in the scheme, you have to earn more than £10,000 a year with that company. That means because women are likely to be in a lower-paid and part-time job, they’re less likely to be able to take advantage of being automatically enrolled into their workplace pension.

If women aren’t hitting £10,000 from one employer, it means they may be losing out on employer contributions that other employees are getting. In addition to missing out on the extra contributions, women are often forced into having to take more action when it comes to their pension – if they’re earning less than £10,000, they need to ask their employer to be enrolled into their workplace pension scheme. Or they can start their own private pension. As a society, we’re not great at being proactive about our pensions, so it’s less than ideal that women are pushed into needing to be more proactive.

The State Pension isn’t as equal as we might think

At least state benefits are fairer than workplace pensions, right? Perhaps not. The amount you get is largely based on how many years you’ve worked or National Insurance credits you’ve received during time off for parenting or caring — but only if you’re entitled to them, and claimed them.

And they’re big ifs. Because men are more likely to be in continuous, full-time employment, men on the pre-2016 State Pension receive an average of £163.76 weekly, compared to £136.07 for women.

Changes designed to equalise the benefit means the new State Pension scheme results in less of a gap, with men on £160.09, and women on £152.90. “These recent changes have helped,” says Ferns. “They’ll make a difference over time, but the full effect of those differences aren’t projected to be felt until 2041, which is a long time for people to wait.”

Divorce adds to the gap

The pension gap is even more clear cut in some scenarios. For example, the average pension pot for a married man is £53,000 compared to £10,000 for married women 7.

“When you get divorced, your circumstances change drastically,. “You’re under more financial pressure, and saving for your pension seems less important.”

Although pensions may not be top of agenda when discussing divorce proceedings, the pot can be as valuable as a house. That’s why it’s so important that pensions are split fairly. Enter the Pension Sharing Order. “This order means that if you’ve been married for 40 years and raised your two children, the court will entitle you to a percentage of your other half’s pension to make up for the disadvantage.”

The Pension Sharing Order shows that there are solutions out there to help level the pension playing field, and women just need to be aware of them.

So what can help close the gap? These are a few things you could consider doing:

Opt back into a workplace pension if you’ve opted out

Start early as possible, as a small contribution adds up over time

For the State Pension, apply for National Insurance credit on gov.uk if you’re eligible

Check your National Insurance record on gov.uk to see if you’ll get the full State Pension amount when you retire: you need a total of 35 years of National Insurance contributions or credits for that. If it looks like you won’t hit that, you might have the option of paying to fill in the gaps

For those in a long-term relationship, have a stake in your finances.  Should divorce ever come into the picture, keep pensions at the forefront of your mind when splitting assets.

Now not everyone’s Dad is their financial adviser but following some of these simple points will certainly help going forward.